What is Amateur Radio?

If you were to ask a dozen different amateurs what ham radio meant to them chances are you would get 12 different answers. Radio amateurs have discovered a richly rewarding high-tech hobby that has many different appeals to different people. Whether it is the ability to talk to local friends over the radio waves using a hand-held transceiver (HT), communicating digitally with packet radio to exchange personal messages or vital information in an emergency, talking to other hams anywhere in the world, or engaging in contests with other Radio Amateurs over the airwaves there is something for everyone.

Amateurs are often affectionately called hams or ham radio operators and frequently the public is more familiar with this term than with the legal term Radio Amateur. The source of the name ham is not known but it has been around almost from the beginning of amateur radio radio in the early 1900s. The name amateur has nothing to do with skill or knowledge but rather implies that ham radio cannot be used for commercial or revenue generating purposes. It is truly a hobby but often one that makes a difference especially in emergency or disaster situations.

Amateur radio operators generally use radio transmitters and receivers to communicate with each other. As you will discover in these pages there are many forms of communication although voice (also known as phone) is still the most widely used. Some of the other forms of transmission are Radioteletype (Rtty), Morse code (CW), television, and digital modes such as Packet, Pactor and PSK-31. A recent survey shows that phone is the most widely used with CW standing second.

To become a radio amateur you will need to get a license. Licensing requirements are different in every country with different rules, privileges, and classes of license. Basically different levels of license gives different privileges on the ham bands. The more challenging the license requirements the more privileges that are granted and the more interesting and enjoyable ham radio becomes. 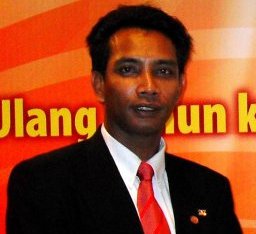